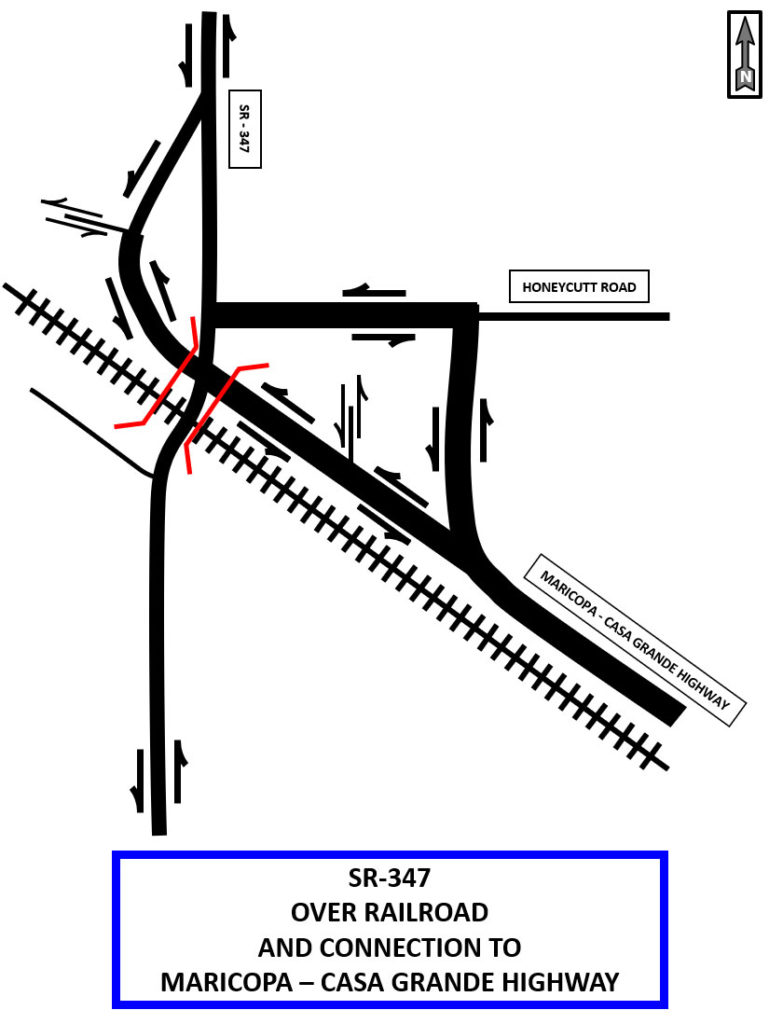 As consultant for the City of Maricopa, Paul developed a unique solution to the complexity of a large-volume high-conflict arterial-arterial intersection in very close proximity to the then-planned SR-347 railroad overpass.

Three other traffic consultants unsuccessfully attempted to solve the difficulty of large volumes of conflicting turning movements at the planned elevated intersection of two state highways – the only through routes in Maricopa. One of the solutions developed by others was a freeway interchange in downtown Maricopa!

Paul’s solution removed the turning movements from the elevated intersection. The dominant southbound to southeast-bound left-turn volume became a right-turn onto a one-way roadway that passes under SR-347 utilizing the railroad overpass. Paul’s solution also included a separate roadway for the next most dominant northwest-bound to northbound right-turn, and eliminated the north-westbound to southbound left-turn. Construction was completed February 2020.

As consultant for the City of Tempe in 2006, Paul recommended the first Pedestrian Hybrid Beacons in metropolitan Phoenix at the Western Canal multi-use path intersections with Rural Road and McClintock Drive. Thirteen different treatments were evaluated based on fifteen separate criteria. 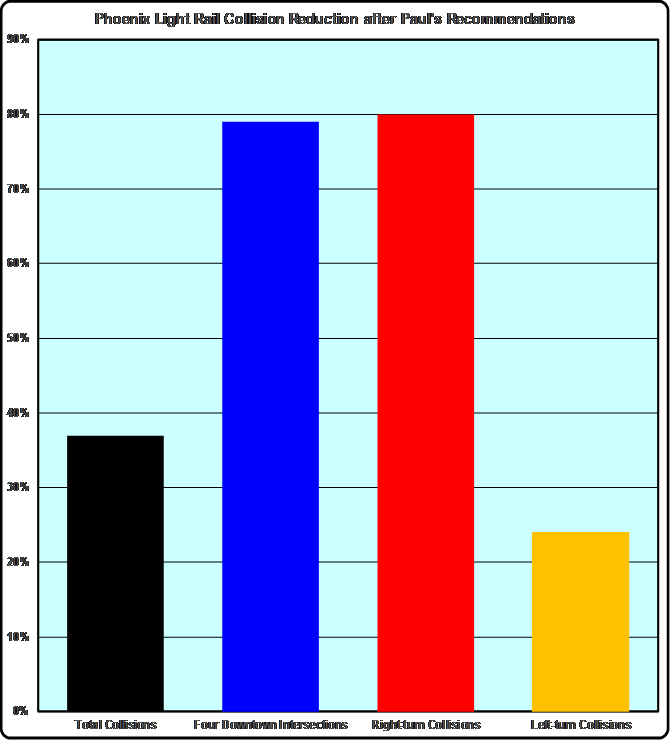 As consultant for the Town of Carefree, Paul’s comprehensive analyses of traffic patterns near their Town Center resulted in increased speed limits on some street segments and enhanced pedestrian traffic control at other locations. These improvements were met with very positive citizen response.

As consultant for the City of Phoenix, Arizona, Paul recommended 25 specific location and 9 system-wide traffic control changes near light rail operation. The implementation of these recommendations resulted in personal-vehicle-light-rail-collision reductions of 37% system-wide, 79% at four intersections, 80% right-turn, and 24% left-turn. 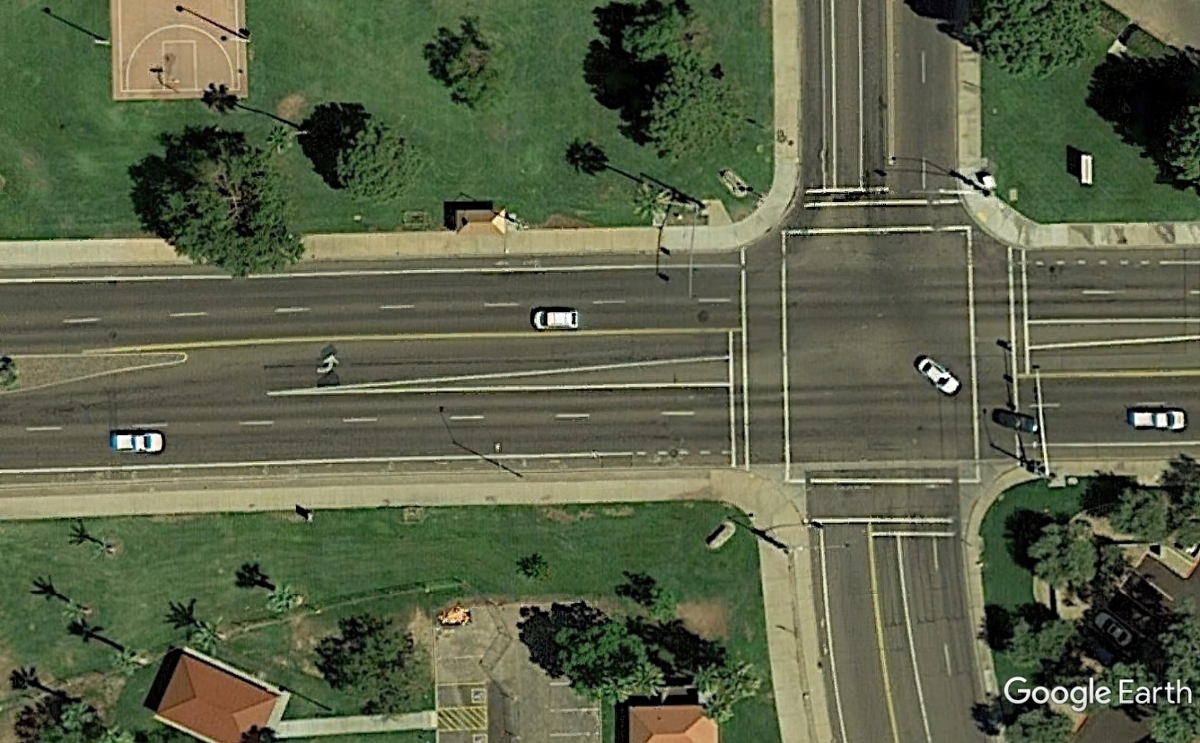 His recommendation was to convert a dual-left-turn-lane-exclusive-left-turn-arrow operation to a single-left-turn-arrow-exclusive-and-permissive-left-turn-arrow operation. Tempe was reluctant to convert two left-turn lanes to one left-turn lane, but Paul’s detailed analysis was convincing. The conversion was implemented and has proven very successful in reducing delay for all traffic as left-turns can occur on the green light for through traffic. (Paul also publicly reported results in presentations at ITE International and ITE Arizona annual meetings.) 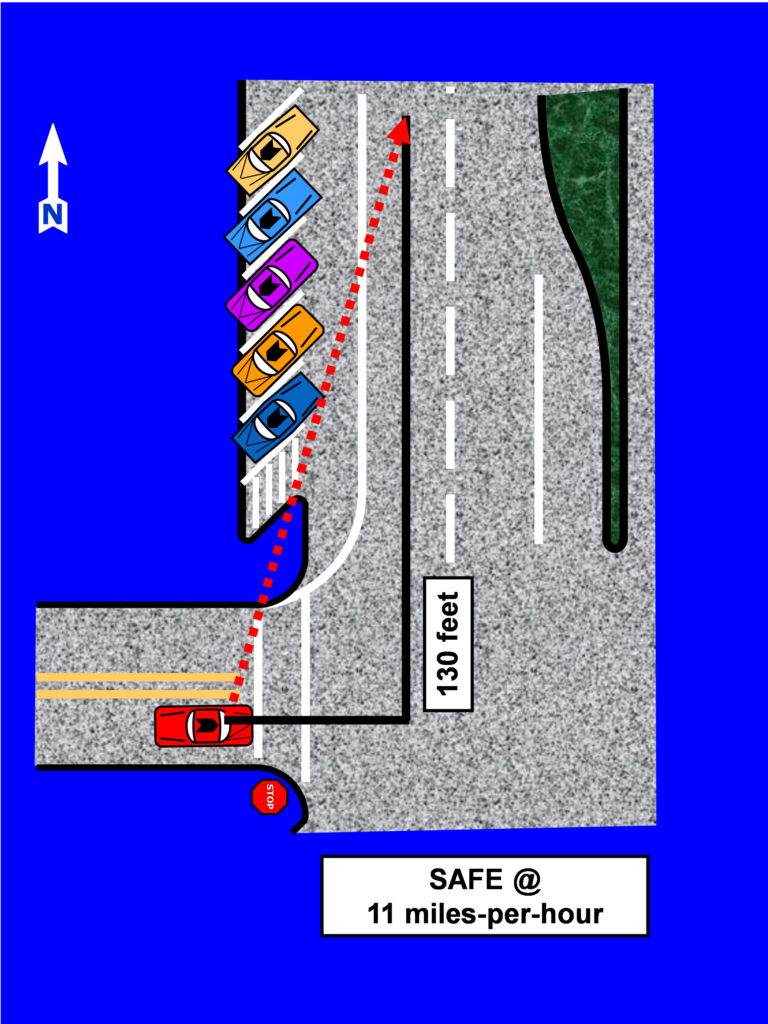 From 2013 through 2019, Paul was the Transportation Director in Scottsdale responsible for streets, bus service, and bicycle facilities.

For twenty years, the intersection of Hayden Road and Thomas Road had one of the top five collision rates in Scottsdale. Improvements were in planning and design for more than a decade. When Paul became the Scottsdale Transportation Director, he analyzed the initial design, and quickly directed design revisions that will dramatically reduce collisions while minimizing right-of-way acquisition and construction costs. Construction was completed November 2019. 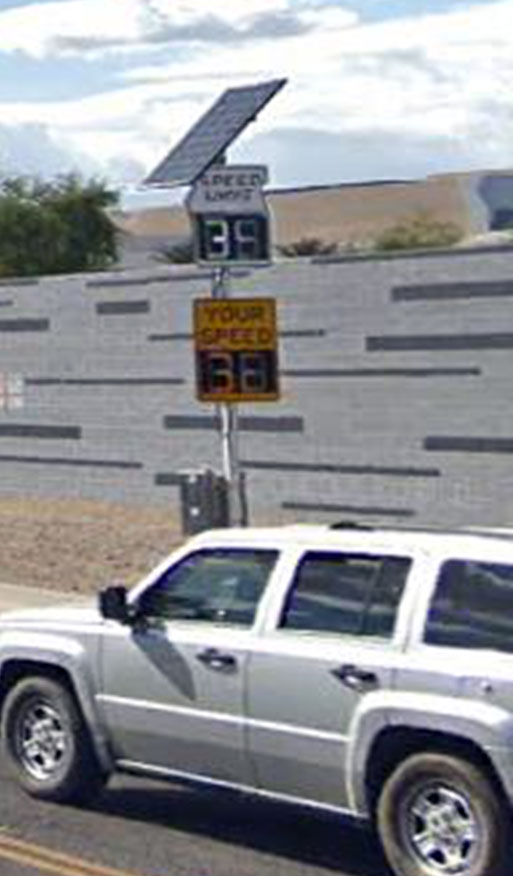 Paul implemented the first-in-the-nation arterial street variable speed limit signs, adjacent to a nightclub and bar district in Old Town Scottsdale. The speed limit is 35 miles-per-hour throughout the week and 25 miles-per-hour on weekend nights and early mornings. This innovation reduced travel speeds during large pedestrian traffic periods on Friday and Saturday nights.

Through cooperation with the Arizona Department of Transportation and the Maricopa Association of Governments, Paul ensured the construction of the Miller Road Underpass beneath SR-101 with the current SR-101 widening scheduled for completion in 2021.

Paul negotiated with a private developer to facilitate their construction of a non-adjacent critical missing one-quarter mile segment of 118th Street from Ranch Gate Road to Rio Verde Drive. The construction was completed in February 2020. 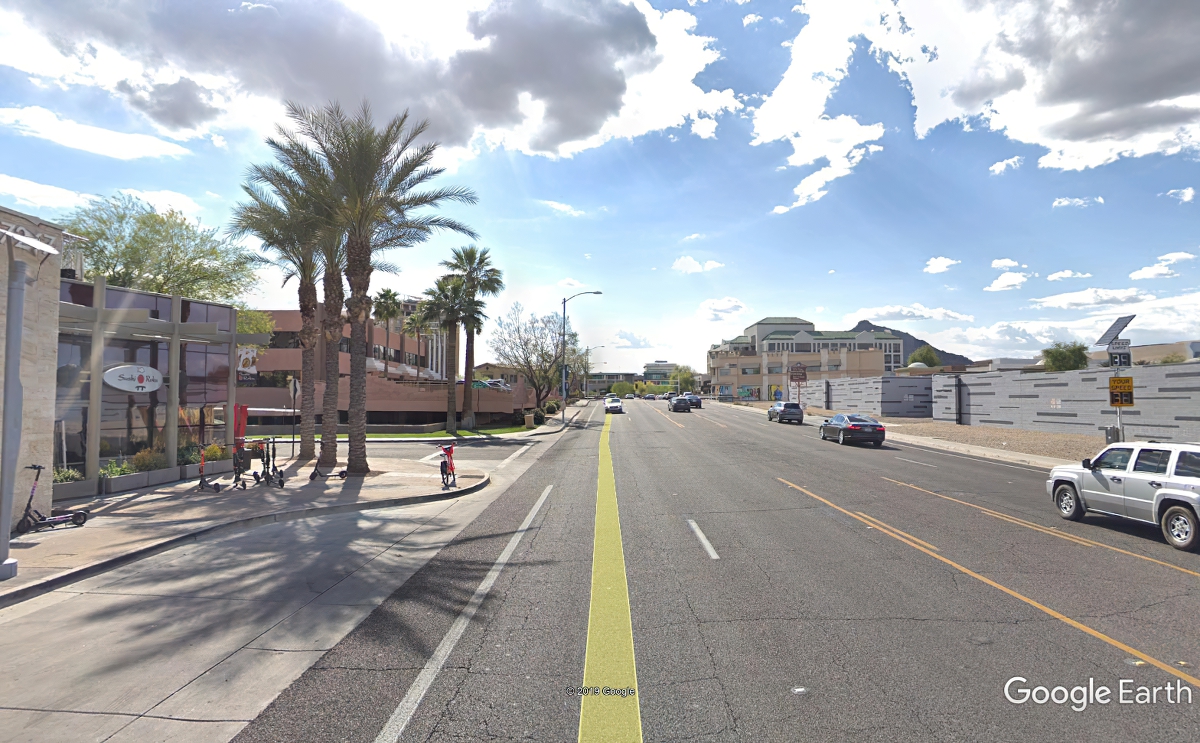